reply
UHD And 4K Content
Tuesday 5th December, 2017 14:11
The BBC announced today that Blue Planet II will be made available on iPlayer in 4K HDR. Although there are a number of caveats, such as the TV needs to support the hybrid-log gamma (HLG) version of high dynamic range (HDR). Sony recently released a firmware update (v6.2671) that upgrades Android TV to Nougat and includes new features such as support for HLG, which includes the top-end ZD9 and A1 models even though the BBC website claims that these devices aren't supported; most other manufacturers already supported HLG. PC users with powerful graphics cards and HDMI 2.0b outputs presumably won't benefit from this as it appears you can only watch it on compatible TV devices.

Assuming you have your Ultra HD Premium 4K TV, where's all the content?

Thankfully there's loads of great UHD content on Netflix, because they insist on shooting their original series in 4K. If you have a 4K TV and you don't have Netflix, subscribe now! Even if you don't have a 4K TV, I'd highly recommend Netflix. They have great shows, great original content, and you can watch it on a wide range of devices (although not Android devices running OxygenOS or LineageOS, due to SafetyNet/DRM). They mostly use a 4K digital intermediate (DI) too. I'm surprised at how many modern movies have cut corners by using a 2K digital intermediate, or gone with 4K digital intermediate but created the visual effects (VFX) at 2K. There's a reasonable list available here, although it doesn't currently list some Netflix shows like Ozark (maybe they don't know what digital intermediate was used?). They do confirm that Stranger Things is shot in 6K and 8K, with VFX rendered at 4K, with a DI at 4K.

Your other options appear to be some Amazon content, and some movies on Google Play (e.g. Captain Phillips, which was shot on 35mm, with some scenes at 2.8K, and uses a 4K DI). There are still some caveats, such as HDR isn't always available for Google Play content (unless you use Chromecast). Amazon appears to have gone down the Dolby Vision HDR route, an alternative to HLG HDR.

If you have Sky Q, you can watch some 4K content, but this appears to be live sports, and some movies and TV shows on demand (i.e. after they've aired). You can get BT Sports HD through Sky, but not in UHD. For BT Sports UHD you'll need BT's Ultra HD set-top box, which won't let you watch Sky Sports UHD. If you like to watch your football in 4K, you'll need to sign up to both Sky and BT and say goodbye to a lot of money each month.

In summary, there's not that much 4K content. Some of that 4K content isn't actually 4K (e.g. it's been upscaled to 4K from a lower resolution at some point). Some of it only supports HDR if the planets are aligned in a certain way. And you may need a lot of money to subscribe to all the different services. 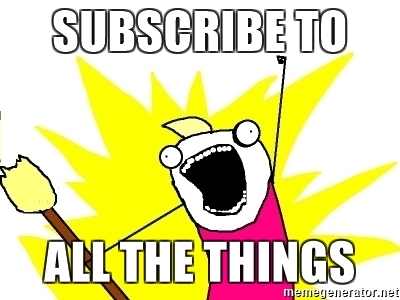